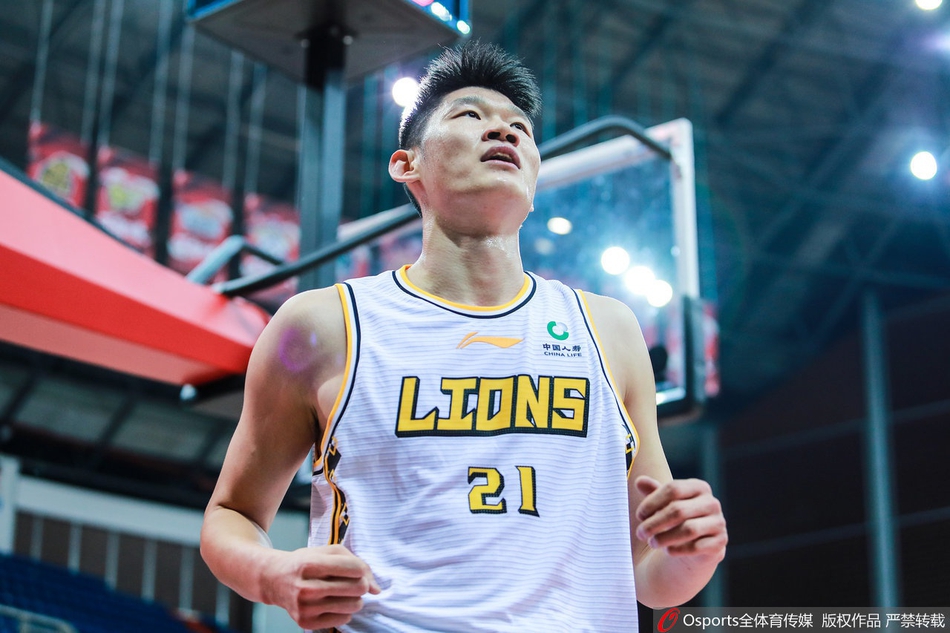 On October 18, Beijing time, Zhejiang Guangsha team played against Shanghai in the first game of the new season. Guangsha team player Hu Jinqiu was eye-catching in this game. He played 35 minutes and scored 31 points on 12 of 14 shots and grabbed 12 rebounds. 3 steals. Relying on Hu Jinqiu's outstanding performance, the Guangsha team finally won the opponent 122 to 94 and got a good start.

Last season, Hu Jinqiu averaged 19.4 points, 10 rebounds and 1.3 blocks per game for the team, many of which reached a career high. Relying on his outstanding performance, Hu Jinqiu was successfully selected to the first team of the regular season best team. However, being defeated by Fujian in the first round of the playoffs made Hu Jinqiu somewhat helpless, and Su Ruoyu's departure during the offseason allowed Hu Jinqiu to take on the heavy responsibility of the inside line in the new season.

In the opening match of the regular season of the new season, facing the old opponent Shanghai team, Hu Jinqiu used his fiery touch to tear the Shanghai team's defense line at the beginning. In the face of the Shanghai team's new aid, He Zhongda, Hu Jinqiu continued to play hard on the inside, relying on solid technology and the advantages of height and wingspan to score consecutive points. In the first quarter alone, Hu Jinqiu scored 14 points and 5 rebounds, and made all six shots in sports games. He did his part to become Guangsha's internal killer.

As the game progressed, Hu Jinqiu's advantage in the inside line became more obvious. Whether it's the defensive end for the Shanghai team's breakthrough defense, or the strong attack against the opponent's inside players, Hu Jinqiu shoulders the burden and excellently guards the basketball penalty area for the team. Hu Jinqiu's tough performance at both ends of the offense and defense once helped the Guangsha team to widen the point difference to 21 points. Although the Shanghai team has two foreign players, it can't put too much pressure on Hu Jinqiu, and it is difficult to close the points difference to single digits.

The Shanghai team's offense improved slightly in the second half, but Hu Jinqiu well implemented the coach's tactical intentions, constantly playing pick-and-roll cooperation for his teammates, and creating multiple opportunities for Sun Minghui and others. On the defensive end, Hu Jinqiu actively scrambled. After completing a steal, he quickly made a quick break to complete a dunk, while the defensive player Zong Zan on the side could only be far behind.

Soon the game entered garbage time, and Hu Jinqiu clocked in early to get off work three minutes before the end of the game. He surrendered 31 points, 12 rebounds and 3 assists in the game, becoming a major killer inside the team. The protection of rebounds in the penalty area also gave him some cba O'Neal shadow. What's more valuable is that Hu Jinqiu hit 12 goals in 14 sports battles, and his 85.7% field goal percentage also secured a big victory for Guangsha.